Introduction to the Group

1st Richmond (St. Matthias) is a thriving Scout Group offering Beaver, Cub and Scout Sections for both girls and boys. Section Meetings take place each week during normal school term-time. We are based in Richmond-upon-Thames in Surrey.

Beaver Scout Colonies are designed for girls and boys from age 6 to 8 and we have two colonies.

Cub Scout Packs are designed for girls and boys from age 8 to 10½ and we have two packs. In addition to the weekly meetings, Cubs are invited to attend the weekend Borough Camp, usually held in July each year.

Scout Troops are designed for girls and boys from age 10½ to 14. We have two troops. In addition to the weekly meetings, Scouts are invited to attend the weekend Borough Camp (as above).  Also, several other camps, often including one foreign camp are offered in the Summer vacation.

Explorer Units are run by the District Scout organisation (Richmond upon Thames) and do not form part of individual Scout Groups. However most Scout Groups maintain close links with particular Explorer Units.
Explorer Scouts is designed for youngsters from age 14 to 18 and much of what they do is focused towards achieving the Bronze and Silver Duke of Edinburgh Awards.

This ‘History’ has been prepared from records and recollections of former and some present members of the Group over the past ninety-odd years of its existence. There may well be gap and inaccuracies which need correction, or activities of which the compiler is ignorant etc.

The First Richmond Scout Group has been an integral part of the ‘Scouting’ Movement since its formation in March 1909 by the Reverend Claude Beckwith, the Anglican Priest-in-Charge of St Matthias Church at the top of Richmond Hill. As with most local Scout Troops in those early days, it flourished in the heady atmosphere of the time, many members achieving prestigious awards, such as the ‘King’s Scout’ badge for their enthusiasms. For many years – well into the 1920’s – the Troop had a successful fife and bugle band. In 1914, Mr Beckwith became District Commissioner for the Richmond area, in addition to his post as Scoutmaster of the ‘First’.

When ‘Scouting’ first ‘took off’ as a result of Robert Baden-Powell’s publication of his book ‘Scouting for Boys’ in 1908, (this is a picture of Baden-Powell) several established organisations (churches, boys’ organisations, etc) were only too keen to try and adopt B-P’s suggestions to their tenets and activities. One such was the Church Lads’ Brigade (a rather militarily orientated outfit) of which there was a Company in being at Richmond Parish Church, St Mary Magdalene. There, the Commanding Officer of the CLB Company, Henry Dalgarno Robinson, a prominent Richmond resident, formed an ‘Incorporated Church Scout Patrol’ within the CLB Unit. This Scout Patrol had nothing to do with Baden-Powell’s Scouts. However, such was the impact of the theme of ‘Scouting’ that the Church Lads’ Brigade Company dwindled away whilst the ‘Scout Patrol’ expanded into a full size scout troop. By this time Mr Dalgarno Robinson, a man of no small means, decided to give up his work as a professional Civil Engineer and devote all his time to ‘Scouting’.

By the commencement of World War I in 1918, Mr Beckwith moved away from Richmond Parish to a church living in Dorset. His departure started moves towards combining the two Scout Troops in the Parish. This was achieved in 1920 with   Mr Dalgarno Robinson in post as Scoutmaster, and with the combined Troop using the house at 48 The Vineyard (Mr Dalgarno Robinson’s property which the 5th had been using since 1915 – Mr Dalgarno Robinson lived at Marchgate House in Sheen Road) as their Headquarters. By this time, the ‘First’ was a properly constituted ‘SCOUT GROUP’ or ‘family’ with a Wolf Cub Pack, a Scout Troop and a Rover Scout Crew; all these sections operating successfully right up to the start of World War II. During these years some members of the Group were known to have attended several of the International Scout Jamborees.

Towards the middle of 1946 only the Wolf Cub Pack was fully functional – all the Scout Leaders and Rover Scouts were away in HM Forces or elsewhere, except for Mr Dalgarno Robinson. He was fast approaching 80 years of age and had been taking a’back seat’ for some time previously. Then, after the Troop had closed down, out of the blue came a helping hand in the shape of a fully active Scout Troop (the 22nd Richmond) complete with Scoutmaster looking for a home. They had lost their own Headquarters as a result of a dispute with their Landlords. The ‘First’ was reborn!!

Nothing lasts for ever, and when Mr Dalgarno Robinson died in 1955 the Group was struck with financial problems. Mr Dalgarno Robinson had supported the Group from his wealth and now everything had to be paid for. The Headquarters and Mr Dalgarno Robinson’s legacy were very tightly managed by Trustees and the Headquarters had to be abandoned as too costly to keep up. The Richmond Parish managed to find a damp and dry-rot infested basement in the former vicarage (now The Glebe House) on Richmond Green, though the Scout Troop and Wolf Cub Pack were still able to use the old St Mary’s School for their weekly parade nights until these premises were pulled down in around 1959. Then the Scouts met in the confines of the Glebe House basement – with considerable difficulty – and the Cub Pack managed to find a meeting place at the old Vineyard School hall.

So we managed, until the Parish was in need of funds and sought to acquire these by selling off the Glebe House for development. Now we were without a Headquarters again. The Cubs continued to meet at the Vineyard School but we were homeless. The Scouts met at the premises of the Princes Road Youth Club for one night per week – rather difficult as we were used to a Headquarters where we had unlimited access. In addition, we had to dispose of most of our equipment as the storage space offered was extremely limited.

However, in 1968, it was discovered that Richmond Council had an empty and semi-derelict building available. After negotiations the ‘First’ moved into what was to become their Headquarters – and still occupy to this day!

Members of the Group, ably assisted by the efforts of countless Mums and Dads, got the place into order, rewired, repiped and generally redecorated. It was officially opened in April 1970 though we had been using the building during the rehabilitation.

Since then there have been many ups and down in the Group’s fortunes. On two occasions the Scout Troop has had to close down through lack of suitable leaders. Today it functions strongly, and the Beaver Scout Colony and Cub Scout Pack are flourishing, and up to the 2003 national reorganisation there was an active Venture Scout Unit.

Over the past 35+ years an enormous effort has gone into renovation and installation of equipment and furnishings. We have a Headquarters to be very proud of. 1999 was a year of celebration for all members of the Group – we never closed down completely!! Since then we have continued to progress. The Scout Troop has camped abroad, at least once,  every year since 1997. A new lease has been negotiated (for another 15 years) – albeit at an increased rental! Once again, because of numbers joining, for the third time we have needed to have two Cub Scout packs. But our Venture Scout Unit is no more. A national reorganisation of the Scout Association for the over-14s has meant that our Venture Scouts are now part of the District set-up in an Explorer Scout Unit – however they continue to use our Headquarters for their meetings so all contact has not been lost. 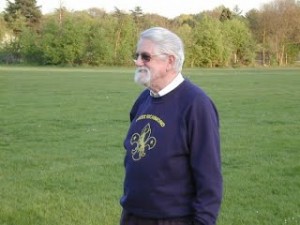